Biological interfaces serve as a hub for numerous vital chemical processes. For instance, membrane lipids with certain headgroups (phosphatidylserine, PS) being kept in the inner part of the plasma membrane. The flip of this lipid to the outer part gives rise to a cell apoptosis (cell death) signal. Understanding the molecular machinery of such physiological phenomena occurring at biologically relevant interfaces is a formidable challenge. In Okur Research Group, we aim to elucidate chemical processes occurring at biointerfaces via designing experiments, using nonlinear optics and modeling to reach a molecular level detailed picture to . Here the word “interface” has a broad definition that includes biological lipid membranes, surfaces of biomacromolecules, nucleic acids, and air/water interfaces. In order to obtain a detailed picture physical and analytical experimental techniques have continuously been employed along with modeling and simulations. See below for a list of current research interests.

Macromolecule – Ion / Osmolyte Interactions: Ions and small molecules (osmolytes) diverge in their ability to influence proteins in aqueous solution with the best-known examples of the Hofmeister (or lyotropic) series of cations and anions. Since its first formulation in the late 19th century, this series has been shown to influence numerous effects, going beyond the original salting-out (decreasing solubility) and salting-in (increasing solubility) idea. These effects include, but not limited to, enzyme activities and protein crystallization, as well as other processes from ion exchange and surface tension of electrolytes to lightning, pickling, cheese/tofu production, and bubble coalescence. Although it is not surprising that the Hofmeister ion series is intimately connected to ion hydration and ion-pairing, the underlying origin at the molecular level behind the ion specific effects has still needed to be explored. In general, the word “Hofmeister” has been used as a label to refer to indicate ion-specific behavior in various environments. In the OKUR research laboratory, we aim to explore the underlying molecular level mechanisms for observed physiological phenomena in aqueous solutions. As an example, various effects of cationic and anionic Hofmeister series on macromolecules are currently being rationalized in terms of specific interactions of salt ions with the backbone and charged side chain groups in aqueous solution. Small molecules (osmolytes) and their effects on the proteins and macromolecules are also in the scope of research focus. We dream to achieve a molecular level understanding and eventually predict the interactions between charged (e.g. ions), and neutral (e.g. urea, sugars) biologically relevant additives on biomacromolecules. 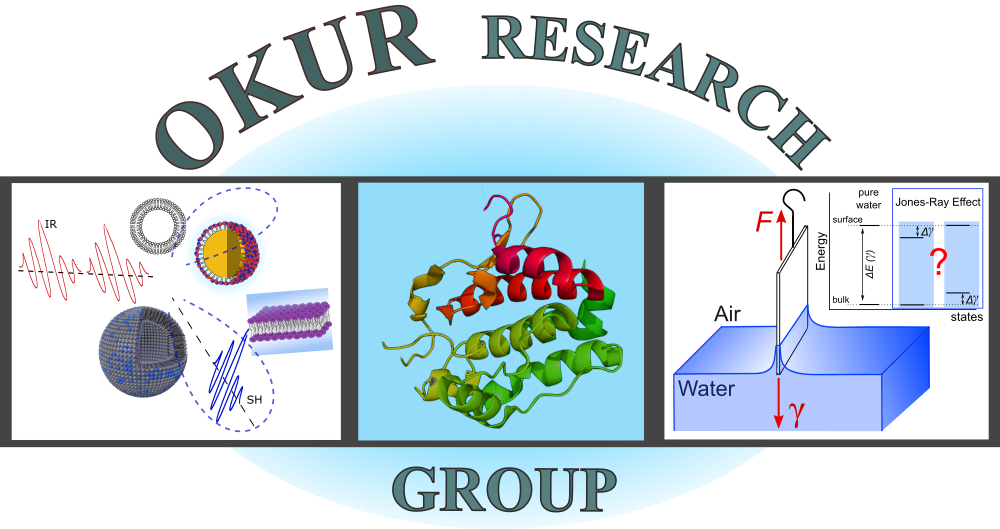